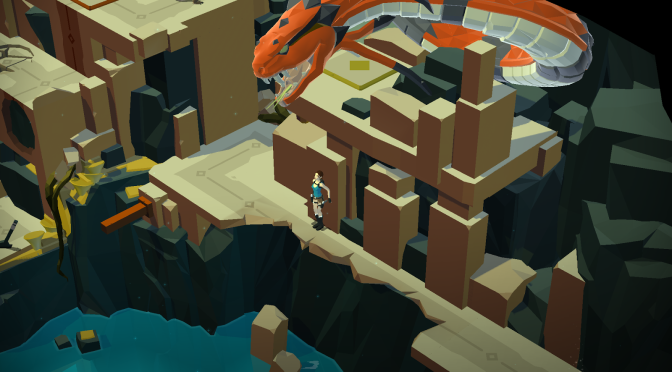 This week we talk about Gearbox teasing a new game, Hyper Light Drifter Dev’s new game announcement, Google preparing for a big announcement at GDC, and the rumor Sony was in talks to acquire Take Two Interactive.

This week we talk about the games we think are the most underrated. We’ll also talk about the news including THQNordic’s apology, Square Enix shutting down streaming of Left Alive, Cyberpunk 2077 at E3, and more.

Topic of the day!

In this episode of The Side Questers podcast, we discuss what games we wish we could experience for the first time again. We’ll also talk about Xbox Live finding its way to Switch, Star Wars Jedi Fallen Order, Oculus’ next gen headset, and more.

In the very first episode of The Side Questers podcast, we discuss our most anticipated games for 2019. We’ll also dive into Sony’s absence from E3, Crackdown 3, The Mad Box, this week’s news, and more.

In less than a month, E3 2017 will kick off. Wasting no time, Nintendo has revealed their plans for the event. Still forgoing the traditional E3 press conference, Nintendo will be doing their now annual Nintendo Spotlight: E3 2017 video presentation. They will also bring back Nintendo Treehouse Live at E3, where presenters will show off upcoming games for the Switch. Last of all, they will be hosting live-streamed tournaments for both Arms and Splatoon 2 from the show floor.

It’s expected that Nintendo will share new details on upcoming games for the Switch, but for now, these are the games we know Nintendo will have at their booth:

ARMS is a brand new IP coming to the Switch. Some have described this brawler as a mix between Rock ’em Sock ’em Robots and Punch-Out!! If you’re dying to try it out for yourself, don’t worry, you’ll be able to get your hands on this game soon. On June 16, right after E3 to be exact. 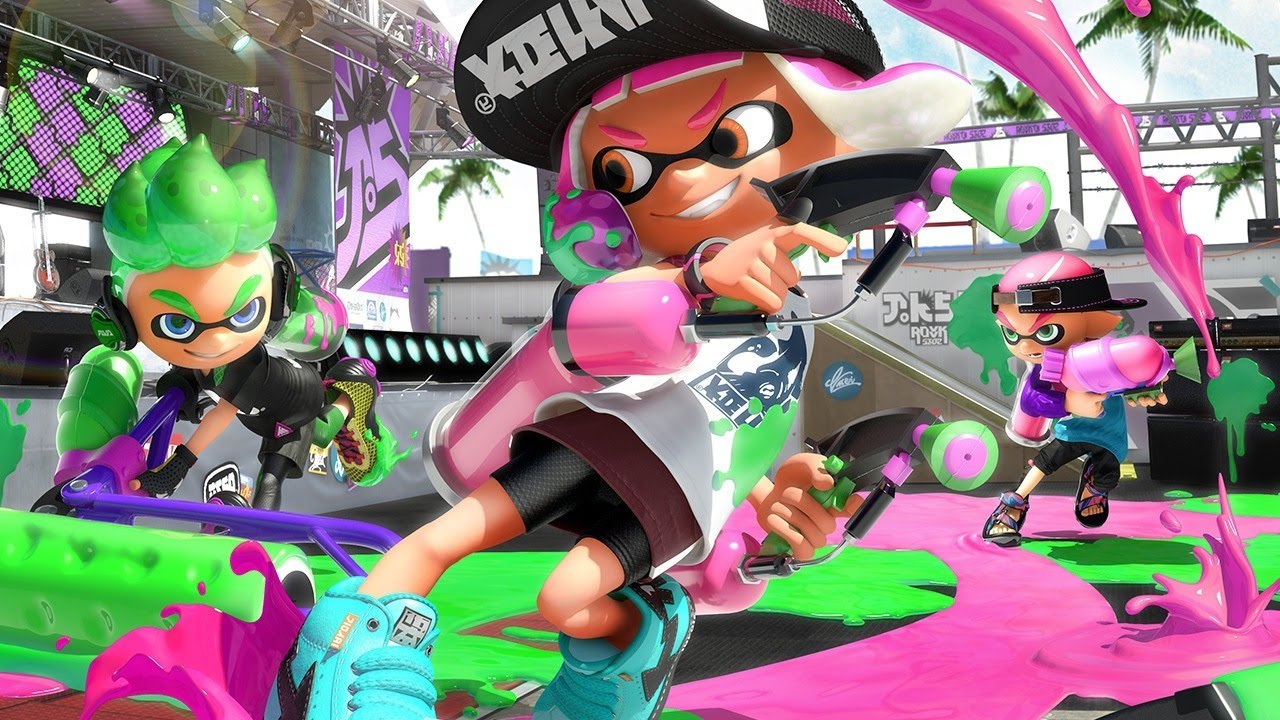 The Inklings are making their way to the Switch in the sequel to one of the Wii U’s best games, Splatoon. Splatoon 2 takes place two years after the first game and will boast a variety of new weapons, gear, and maps for players to enjoy. Splatoon 2 is scheduled for release on July 21.

BioShock Infinite is a game that has been divisive since it was released. It seems there are many people who are high on it and a similar number of people aren’t as high on it, but still applaud it as an accomplishment for Irrational Games. So, was the highly-anticipated Bioshock Infinite able to reach the lofty expectations many fans had put on it?

Not only does it live up to the expectations, but it actually manages to surpass it. Sure there’s some fun combat and special power-ups to use, but that’s not where this game shines. What makes BioShock Infinite an exceptional game is its story and its ability to handle different topics and issues in a way that has rarely been done in games before. It touches on a variety of topics like nationalism, politics, and ideology, but the way it handles much more difficult issues like racism, religion, sexism, xenophobia, and poverty is what makes this game captivating.

Welcome to Columbia, a deceptively utopian city in the clouds. Columbia is a city that’s comprised of a cluster of floating islands governed by a man named Zachary Hale Comstock. These flying land masses are a technological marvel that is modeled after a perverted vision of America that never existed. Comstock’s moral beliefs shape Columbia to its very core and as such, most citizens of Columbia idolize Comstock to near godly levels.

Columbia is no simple rehashing of the underwater city of Rapture; it is something completely different that has a life of its own. The city is so important to the story that, in a way, it could be considered a character itself. At first glance, Columbia gives the appearance of an actualized utopia, but beneath its breathtaking exterior lies a city marred by publicly demanded racial purity, political dismay, and revolution.

In Bioshock Infinite, you assume the role of Booker DeWitt, a private investigator and veteran of the U.S. Calvary. Booker is indebted to the wrong people and has been given one last chance to clear his debt. For the debt to be forgiven, Booker must travel to the floating city of Columbia, retrieve a girl named Elizabeth, and deliver her to an unspecified group in New York. The job almost sounds too easy given the gravity of Booker’s situation, but once you step foot on Columbia, you find out that this mission is more than Booker bargained for.

The plot is strong and expertly executed. Columbia has a society that wants to keep its racial purity, but at the same time, it’s in desperate need of immigrant labor to maintain its way of life.  The immigrant laborers of Columbia – and anybody who sympathizes with them – are seen as trash by Columbia’s society and are ostracized as a result. This oppression has created a strong resentment toward the original inhabitants of the city. Tensions between the two groups could be described as a pressure cooker that’s teetering on the edge of exploding.

The desire for change guides these oppressed individuals to form a group called the Vox Populi, and their resentment fuels an inevitable, violent revolution. By the time Booker arrives in the city, Columbia is already at the tipping point. Booker and Elizabeth prove to be the catalyst that will change Columbia forever. As Booker and Elizabeth make their way through the city, you will see the very untethering of Columbia’s foundations.

Everything looks great in this game: the graphics are sharp, the scenery is breathtaking, and the environments are vibrant and brimming with color. BioShock Infinite has an almost Disney-like aesthetic to it; everything during the happier moments seems beautiful and whimsical. A perfect example of this is when you and Elizabeth wind up on a beach. The moment the music hits Elizabeth’s ears, she begins dancing almost like a Disney princess. If you were to cut this moment out and insert it into something like Beauty and the Beast, nothing would seem out of place.

The voice acting is superb, and you can tell that each notable character puts real feeling into each spoken word. This greatly helps the player to become fully immersed in the game.  Courtnee Draper, the voice of Elizabeth, gives an astounding and memorable performance that draws you into every moment. Every emotion Elizabeth emotes is believable, and it’s this believability that makes it much easier to form a bond with the character.

When it comes gameplay, movement through the level feels very fluid. Combat is great and the tear system – combined with the skyline – creates fun and dynamic firefights. Most of the battle areas give the player the freedom to choose how they want to confront enemies, whether that be up close, mid-range, or long-range. The addition of special enemies, like the handyman, the crow, and the motorized patriot, forces you to actively change the way you normally attempt to dispatch enemies. The fact that the game continually forces you to change your combat strategy keeps fights from feeling stagnant and repetitive.

In Infinite, you are given special consumable powers called vigors. Vigors will send you on scary, drug-like hallucinations when first taken, but in return, you are given vigorous powers (pun intended) that you can use to decimate your foes. Vigors, when used in combination with the variety of weapons available, the surrounding skylines, and extra-dimensional tears, allows you to creatively tip fights in your favor.

Overall, this is a great game that does many things right, but unfortunately, there are also a few things it gets wrong. Each gun should have their own distinct feel in order to give the player a reason to want to use different weapons. The Vox repeater and machine gun fail to do this, as the two guns feel so similar that it’s hard to tell one from the other. Another problem is that all the guns (except for the sniper rifle) feel weak; they just don’t seem like they do as much damage as they should.

There are also a few noticeable issues in the game that could’ve been easily fixed before the game’s release. For instance, you may occasionally find that you are unable to pick up certain items like lockpicks or food. Finally, there is a minor flaw with the AI who are supposedly non-immediate threats. These particular AI were too quick to draw their guns. There were times when one would approach an area where non-immediate threats would say something like, “I’ll give you to the count of three,” but end up shooting at you anyway.

When it comes down to it, Infinite is one of those great, rare games that is unlike anything before it. It has an incredible story that begs to be told and the gameplay to accompany it. You would be doing yourself a disservice to pass up the opportunity to play this groundbreaking game.

This review is based on a retail copy of the PlayStation 3 version of BioShock Infinite developed by Irrational Games and distributed by 2K Games.

On Monday, developer Ninja Theory teased us with news that an announcement would be coming today. As it turns out, that announcement was a definitive release date for their upcoming game, Hellblade Senua’s Sacrifice.

Announced back in 2014, Hellblade is an action game that focuses on the journey and mental state of its protagonist, Senua. Senua is a Celtic warrior who suffers from psychosis. Alone, she must embark on a very personal journey through a hellish landscape created by her own psychotic manifestations.

According to Ninja Theory, their goal with Hellblade was to bring the mid-sized game back by creating an independently developed game with AAA polish. Hellblade Senua’s Sacrifice is scheduled for release on August 8th, 2017. You can get the game for $29.99/€29.99/£24.99 on Steam, GOG, and PlayStation 4.

According to some leaked screenshots, it seems like we could be in store for a Life is Strange prequel in the near future.

The original Life is Strange, developed by Dontnod Entertainment and published by Square Enix, was widely considered a surprise hit in 2015. The game followed the adventures of Max Caulfield, a high school senior who discovers that she has the ability to rewind time. While the original game focused mainly on Max and her relationship with Chloe, it appears that this prequel will instead focus on Chloe and her relationship with Rachel.

The screenshots were found in this gallery that was anonymously uploaded to Imgur. There are nine images altogether, eight screenshots and one piece of branded concept art. You’ll also notice in the screenshots that this is a Chloe who has yet to dye her hair fully blue.

If you remember, Dontnod took to Twitter no too long ago to celebrate Life is Strange selling over 3 million copies and to announce that they would be working on a second Life is Strange game. However, this prequel is not the game they were talking about. This prequel will actually be in the hands of the Denver studio, Deck Nine Games.

Previously known as Idol Minds, this development studio is best known for making games like Cool Boarders 3, Rally Cross 2, and Ratchet & Clank: Up Your Arsenal. Two days ago, the team announced that they will be rebranding as Deck Nine to signify their shift toward more narrative-focused games.